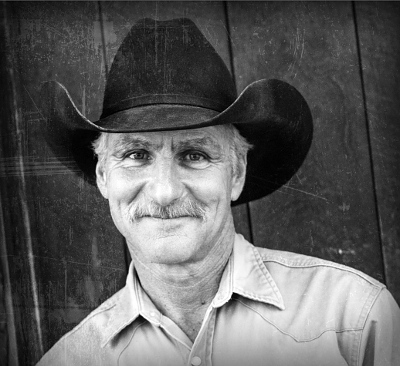 Gail has been the foreman of the 50,000 acre Spider Ranch since 1995. He produced and directed a film called Ranch Album in 1987, which was released as a national PBS special. He's recorded 2 CDs: The Romance of Western Life in 1999, and A Matter of Believin' in 2015.

Gail worked on his father's ranches off and on while growing up, and later worked full time on the Cross U and Spider Ranches in Yavapai County, AZ for several years. He has also worked for the Yolo Ranch, the 7UP, the DC Cattle Co., and the O6 Ranch.

Gail has traveled to Mongolia, Brazil, Argentina, France, Spain and Hungary with the Western Folklife Center in connection with their cultural exchange program, working on a documentary project about cowboys around the world. He traveled to Afghanistan and Turkmenistan, at the invitation of the US Embassies in Kabul and Ashgabat, to try to connect some American cowboys with Afghan and Turkmen horsemen and herders.