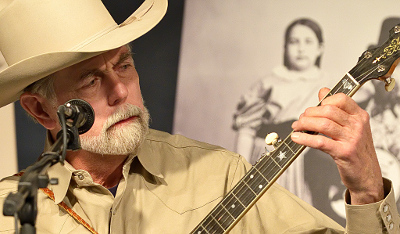 Michael Stevens grew up on a farm near the little town of Newcomerstown, Ohio. His father cowboyed for the Scharbauer Ranch in Midland, Texas from 1934 to WWII. Later, Michael, his father and his brother, a farrier and major Ring Steward in the Ohio AQHA, roped, trained, contested, and traded horses till college and the service. Since then he's been in the horse business as a trainer as well as a guitar builder and player, and is considered one of the world's finest builders of electric stringed instruments. He was hired in 1986 to start the Fender Custom Shop in California.