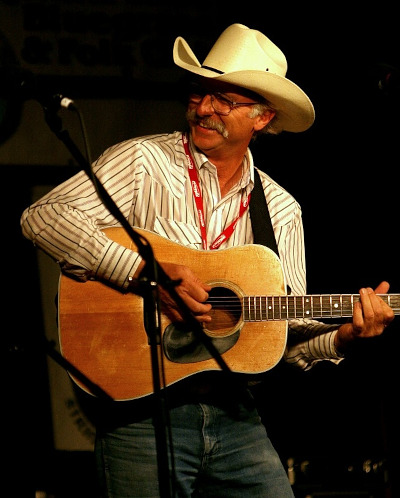 Mandolinist, guitarist, and vocalist John Moore's musical performances have led him throughout the U.S., Canada, Europe and Japan, and into the studio doing radio and television commercials, movie soundtracks and countless sessions for other artists. He has appeared in film productions by, and done movie soundtracks for, Paramount Pictures, Touchstone Pictures, A&E Television Network, The Nashville Network and for the HBO Series Deadwood (in which he also appeared). He was nominated for a Grammy for his work in Rose Of Old Kentucky with Vince Gill and Byron Berline and has appeared on the covers of Flatpick Guitar magazine, Bluegrass Now and Bluegrass Unlimited. He has been the International Bluegrass Music Association's Instrumentalist of the Year 3 years in a row as a member of the award-winning band California.

John and his wife Erika also produced, filmed, and edited the films Keeping The Tradition Alive and The Legacy Lives On for the Lone Star Cowboy Poetry Gathering.

John has spent 4 months per year for the last 30 years teaching equine sciences and horsemanship clinics throughout Europe, and has been a staff writer for British, Swedish and Finnish riding magazines. He was also a pioneer in bringing California Vaquero style horsemanship techniques to Iceland and Scandinavia over 30 years ago, and has appeared on the covers of numerous horse industry magazines throughout Europe.

He currently lives with his wife Erika and their daughters Amanda and Joelle, on a small spread near Dove Creek, Colorado where he trains horses and hosts a series of Horses & Cattle educational courses, attended by equine students from around the world. He also teaches online mandolin, guitar and riding lessons, and day works with his family for local ranches since downsizing and selling their own cows a few years ago. In his spare time he guides elk, mule deer, audad, and sheep hunters in Colorado and Texas.