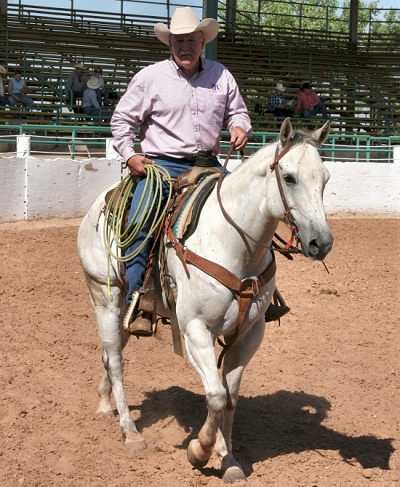 A three-time winner of the Academy of Western Artists Will Rogers Award, Chris Isaacs is a poet and storyteller who has lived the life that he writes about. He has seen life from a cowboy's point of view for all of his 60-plus years, and his poems and stories are alive with the heart and humor of life from a cowboy's point of view. He can usually find the funny side of any situation, and is considered by many to be one of the finest humorists in the country.

Chris has been published in numerous magazines, including American Cowboy, Western Horseman and Cowboy Magazine. He has two books of his work published: Bringing it Home, and Rhymes, Reasons & Packsaddle Proverbs. The latter was nominated for the "Western Heritage Award" by the Cowboy Hall of Fame and winner of the "Will Rogers Medallion Award for Excellence" by the Academy of Western Artists. He also has five albums of his poetry recorded. His album Both Sides was voted "Poetry Album of the Year" for 1997, by the Academy of Western Artists. In 2002, his album Out With the Crew was voted the same honor.

He has worked at many different aspects of the cowboy life, from being a full-time working cowboy, to rodeoing, to many years as a packer. In between jobs you could usually find him making a living as a horseshoer. He currently day-works for area ranches and travels the country with his poetry.

"In the world of real cowboy poets, Chris Isaacs is right at the top with the very best of 'em."
— Waddie Mitchell

"Chris is the real deal — cowboy, to the bone. The fact that he's also a great entertainer is the icing on the cake...one of the best in the business."
— Dave Stamey

"I've seen Chris Isaacs on stage. Not many poets can call themselves an entertainer and be one. Maybe Baxter Black, Red Steagall, and Chris Isaacs."
— John "Ol Ugly" Glawson