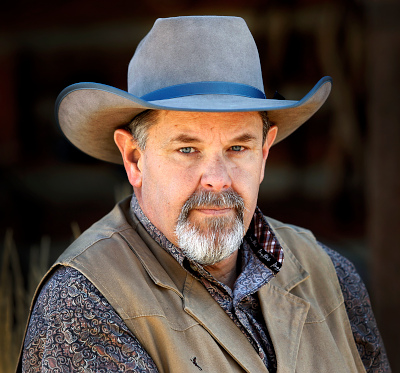 As a second-generation farrier, Andy Nelson has the experience and the talents and humor to bring authenticity and entertainment to an audience. Raised in Oakley, Idaho, Andy traveled the Great Basin of southern Idaho, northern Utah, and northern Nevada with his father on farrier jobs from the time he was a child until he went off to college. While in college at Utah State University, he continued to shoe horses for the USU Horsemanship Program. Now Andy lives in Pinedale, Wyoming, where among other things, he and his wife Jaclyn raise horses and children.

Andy and his farrier brother Jim, co-host the Clear Out West (C.O.W.) Radio weekly syndicated radio show and the brothers are in demand as announcers at regional rodeos. Andy has received the Male Poet of the Year numerous times from the Western Music Association.