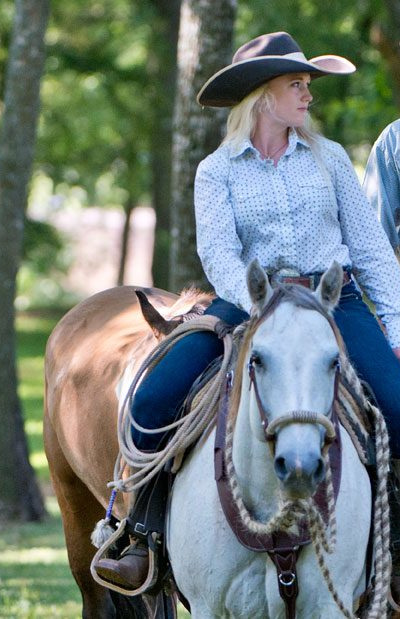 Mikki Daniel has performed since childhood, joining the International Western Music Association at age 12. Her 2013 album, Gotta Be a Cowgirl, won the New Horizons Wrangler Award from the National Cowboy and Western Heritage Museum in Oklahoma City, making her the youngest recipient of a Wrangler Award. Her second album, Cowgirl Swing, was recognized as Swing Album of the Year by the IWMA. Known for her strong rhythm guitar and velvety yet crystal-clear voice, she sings a wide range of cowboy, western swing, big band, and her own original songs, as well as old time gospel songs/hymns.

She performs both solo and as part of a band, Mikki Daniel and Texas Wildfire.

Mikki and her husband Brody own and operate a horse training company in New Mexico (CowPunch Ponies), specializing in ranch versatility. They also do day work for adjoining ranches 2-3 days a week.

You can see Mikki in The Legacy Lives On, our second film.