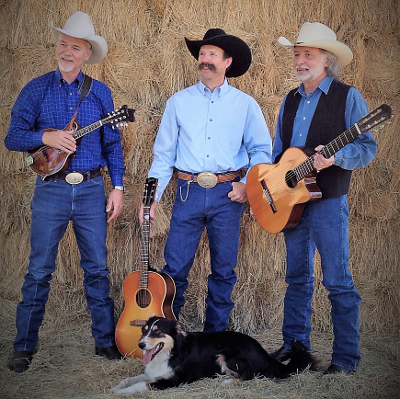 Sweet three-part harmonies and great musicianship have always been a part of the Western Music tradition and that tradition has always been a part of New Mexico. Combining the musical talents of multi-instrumentalist Jim Jones, guitarist Doug Figgs and guitarist extraordinaire Mariam Funke, The Cowboy Way serves up a slice of Western life complete with seamless harmonies and impeccable musicianship.

Jones and Figgs are both award-winning songwriters and their original songs prove that this living tradition is in good, strong hands. They write about the West not only as it was, but as it is and as it might be in the future. With their new CD, Go West, they demonstrate that they are not afraid to address contemporary topics such as immigration and water usage in a thoughtful, in-depth manner.

The Cowboy Way was named the Western Music Association's 2017 and 2018 Group of the Year.