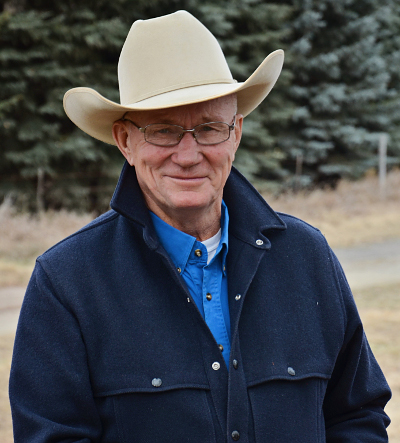 Rod Nelson and wife Teri live at Sims, North Dakota, a suburb of Almont. He owes his low standard of living to a lifetime of rodeoing. His rodeo career has been in a steady decline for most of his life, going from riding saddle broncs to competing in Sr. Breakaway roping which his daughter claims is a girl's event for old men.

He raises a few Red Angus cattle, is a brand inspector, horse trainer, a long-time columnist, and has a custom freeze branding business during the cold winter months. Although he has entertained crowds as a cowboy poet/rural humorist in sixteen states and four Canadian provinces, he has never won any awards as a poet but once got a compliment on some post holes he dug.