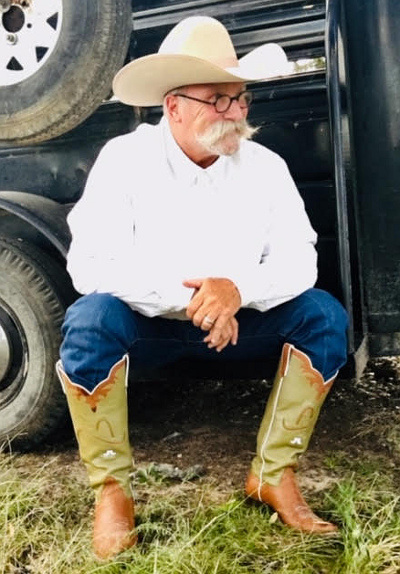 Jeff Gore has been performing since he was four years old. He has spent the last 30 years traveling and singing cowboy and gospel music all over the U.S. and abroad. The recipient of Male Vocalist of the Year award in Cowboy Music from the Academy of Western Artists (1997), and a lifetime achievement award for Western Music by the American Cowboy Culture Association (2005, the youngest ever to receive this award), he has also produced and acted on television, has appeared in film and is presently producing, directing, and starring in a film based on his 2010 novel, Jingle In The Horses.

In spite of these and other accomplishments, he is proudest when he is asked to ride out with a crew of cowboys at the wagon on ranches from Texas to Idaho. He and his wife Donna of over 30 years have two daughters who live with their husbands in Abilene, and five grandsons. Jeff grew up working on ranches and still does, living out and singing about the cowboy life.